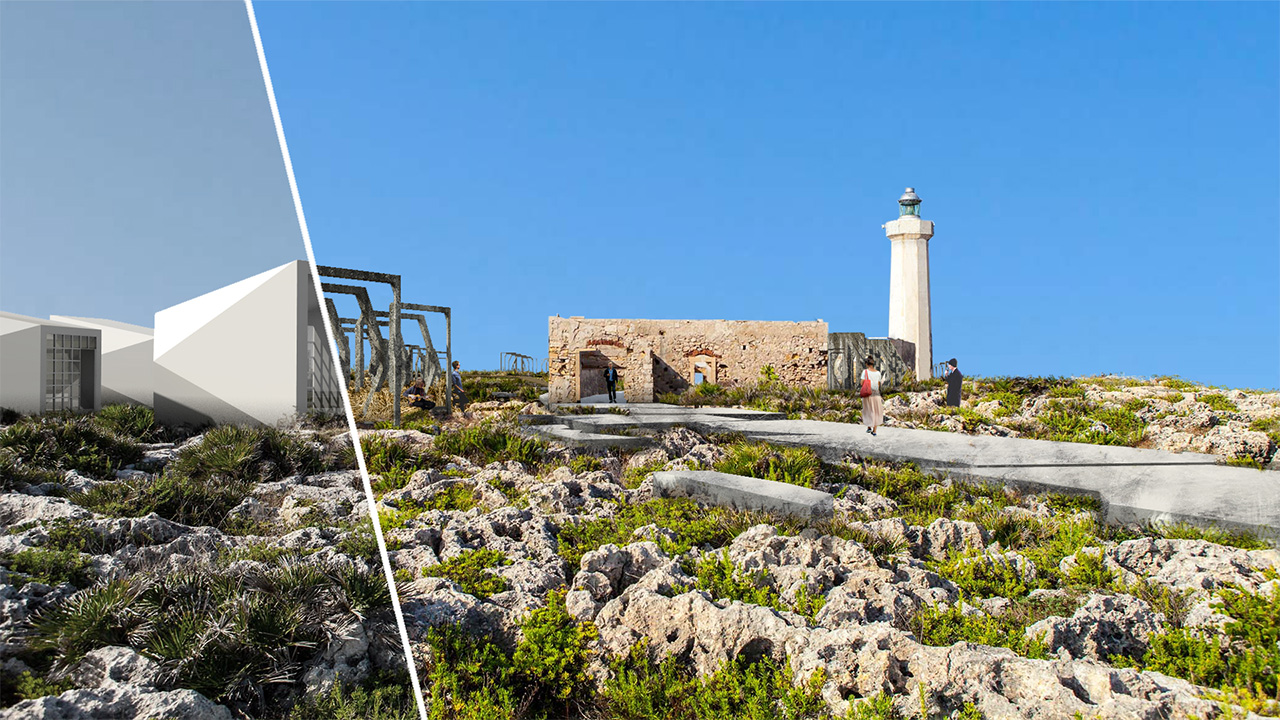 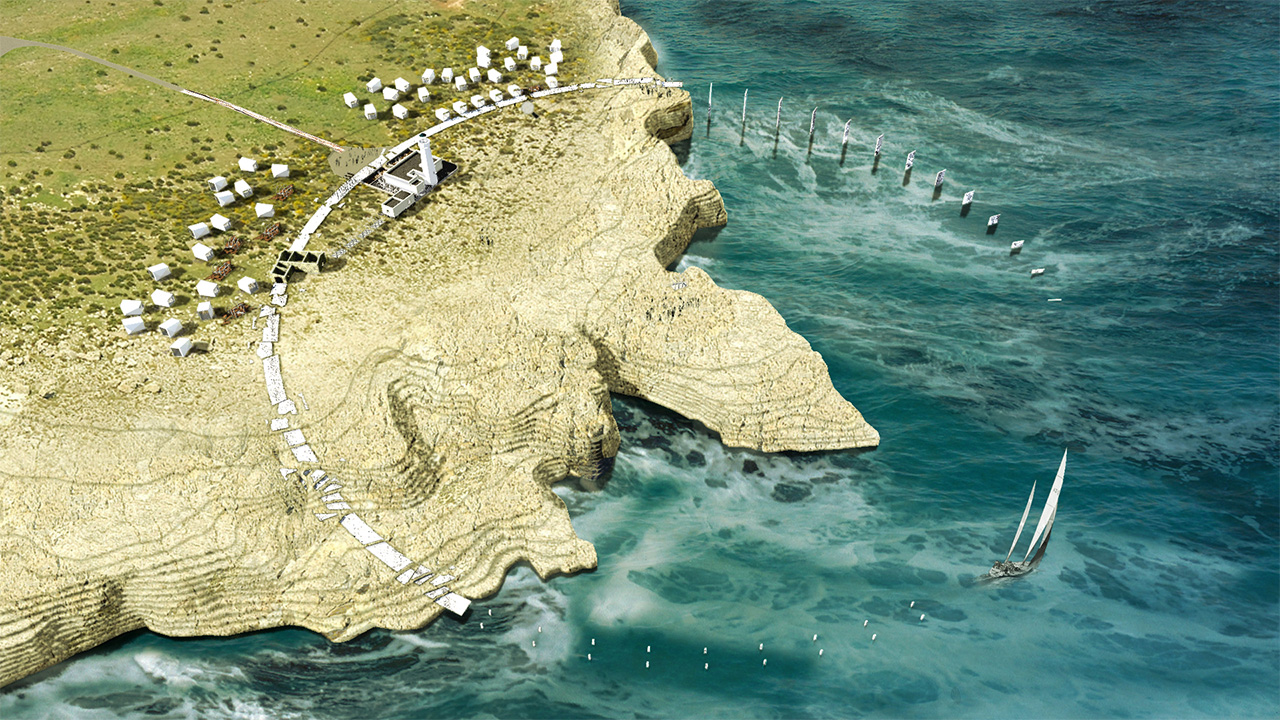 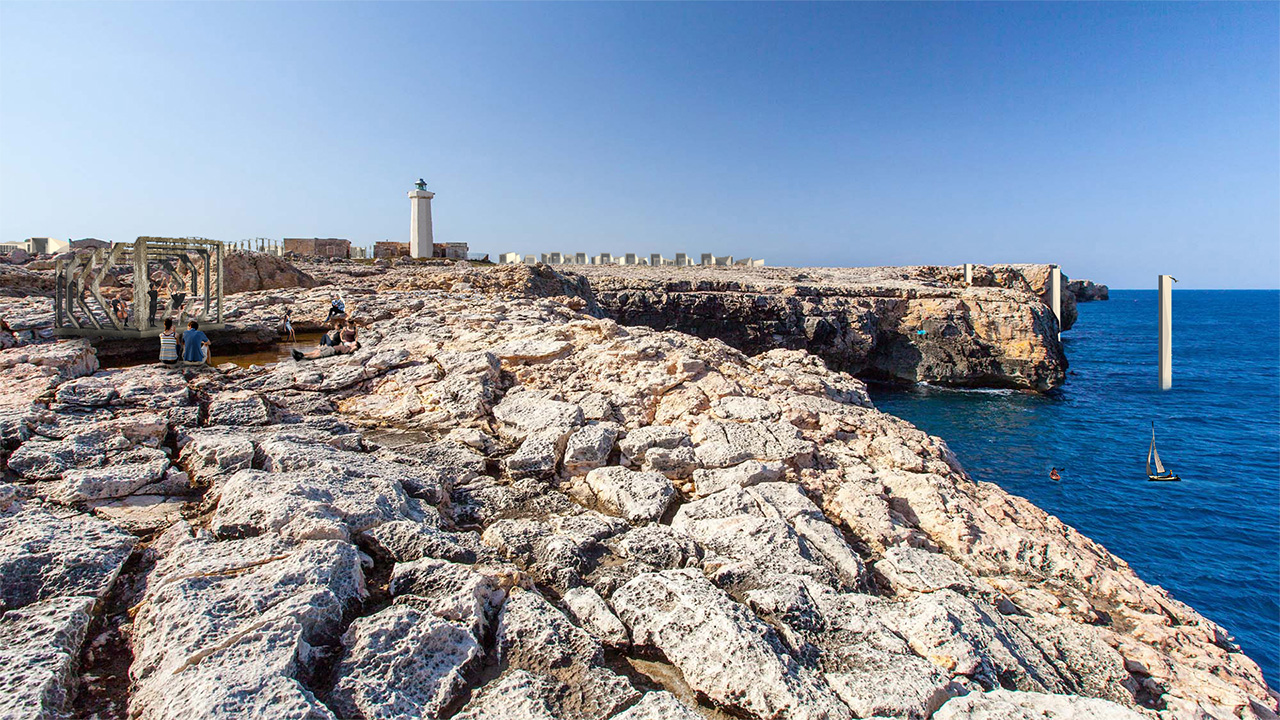 This project is a submission for an idea competition organized by the Young Architects Competition (YAC). The competition was based on the question of to make a hotel out of a discarded lighthouse on Murro di Porco in Syracuse, Italy. However regarding the challenging location of this lighthouse, this program was put up to a test. 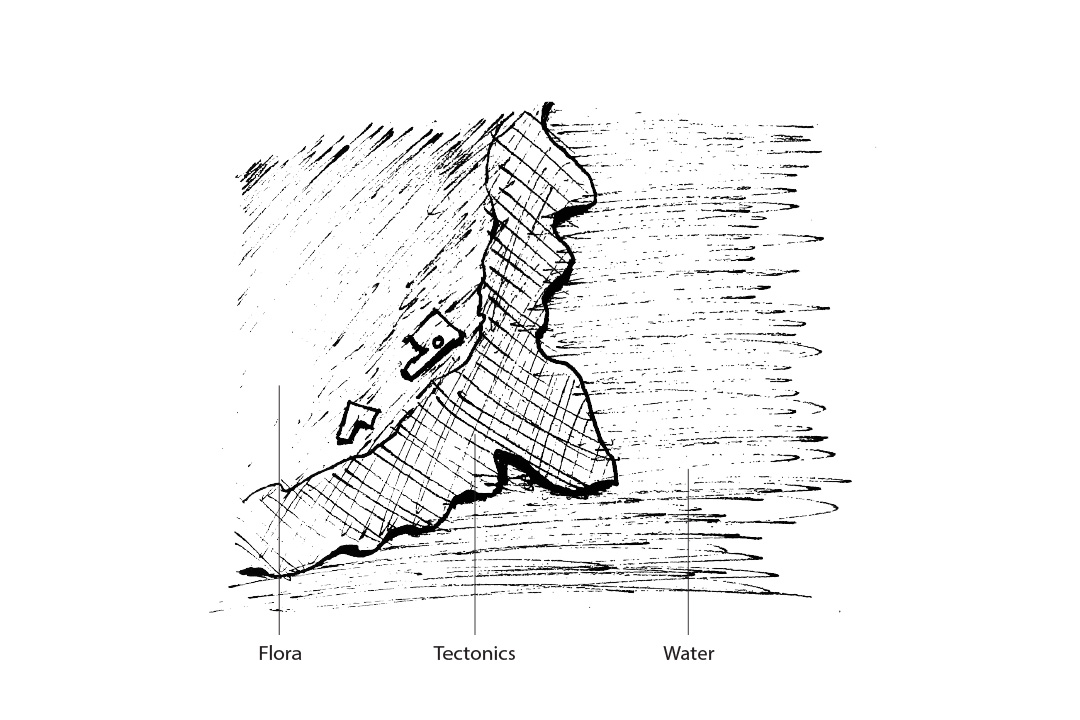 The Celebrated Delirium project proposes an approach to accept and publicly celebrate the destructive forces of nature and to use these forces to enlighten our minds and souls. Capo Murro di Porco is a place that is overwhelmed by an untameable trio of hydric-alophile flora, tectonics and salty water. The severe deterioration of the present lighthouse shows clearly that compared to other places, man made structures are unwelcome at this junction of the three forces of nature. If the nature doesn’t kill the structures, it makes it bleed in the least. Therefore one should reassess whether the location should be complemented with new artificial elements. Especially when we are considering a hotel. This project should be regarded as a statement against the uncontrollable urge of mankind to consume everything on it’s path. The current society is focussed on consumption. In such a society hotels facilitate people to consume on locations other than their homes. The question resides whether Capo Murro di Porco should also be consumed by this society or not.

This project uses the destructive forces of nature to turn privately used spaces into public spaces that would be free for everyone to appropriate. The project consists out of an imposed infrastructure that frames a certain area on the island of Syracuse separating it from the existing reality. Inside this shape is the place where human intervention is very temporal and focused on the ‘now’. With very simple rules this zone provides for a place where consumption is substituted by participation and experience. Everyone is welcome to this zone where nature is the ruling factor. However the modern human needs to adapt its pace of walking, behaving, thinking and especially it’s expectancies of comfort to what nature allows him to do.

The place is marked with a man made objects, which is meant to be submissive to the forces of nature. The forces of nature will be the tools to turn a consumption oriented constellation into a public celebration of nature. The artificial ring of unreinforced concrete will break up forcing the people to choose the rocky paths trough the area instead of the sleek concrete one. The tessellated hotel pavilions made out of straw bale will break down down to turn private spaces into public exhibition spaces, performance spaces and gathering spaces. With this concept the contemporary individual will be confronted by an immediate threat to it’s highly regarded comfort of living provided for by the settled system of the consumption oriented society. The goal of this project is to make mankind aware of the current living comfort it takes for granted by letting nature break the borders of this constellation and enlighten the minds of all the humans by involving them into a process where private experience of consumption gets substituted by publicly shared experiences.

The lighthouse gains a symbolic meaning in this composition. Departing from the critique of Deleuze and Guattari on the subject of identity, this lighthouse opens up itself by showing it’s core property that it originally wants to hide from the outside world. It’s identity of preventing shipping hazards by pointing out the locations of rocks or reefs fades away to show the reality of a man made object imposed on a context that continuously attacks the very existence the lighthouse. Therefore as a symbol of the confronting presence and a reminder of mankind in wilderness, this object will be the sole element in the constellation that will always be kept as a neatly maintained, imposed, artificial shape in nature.