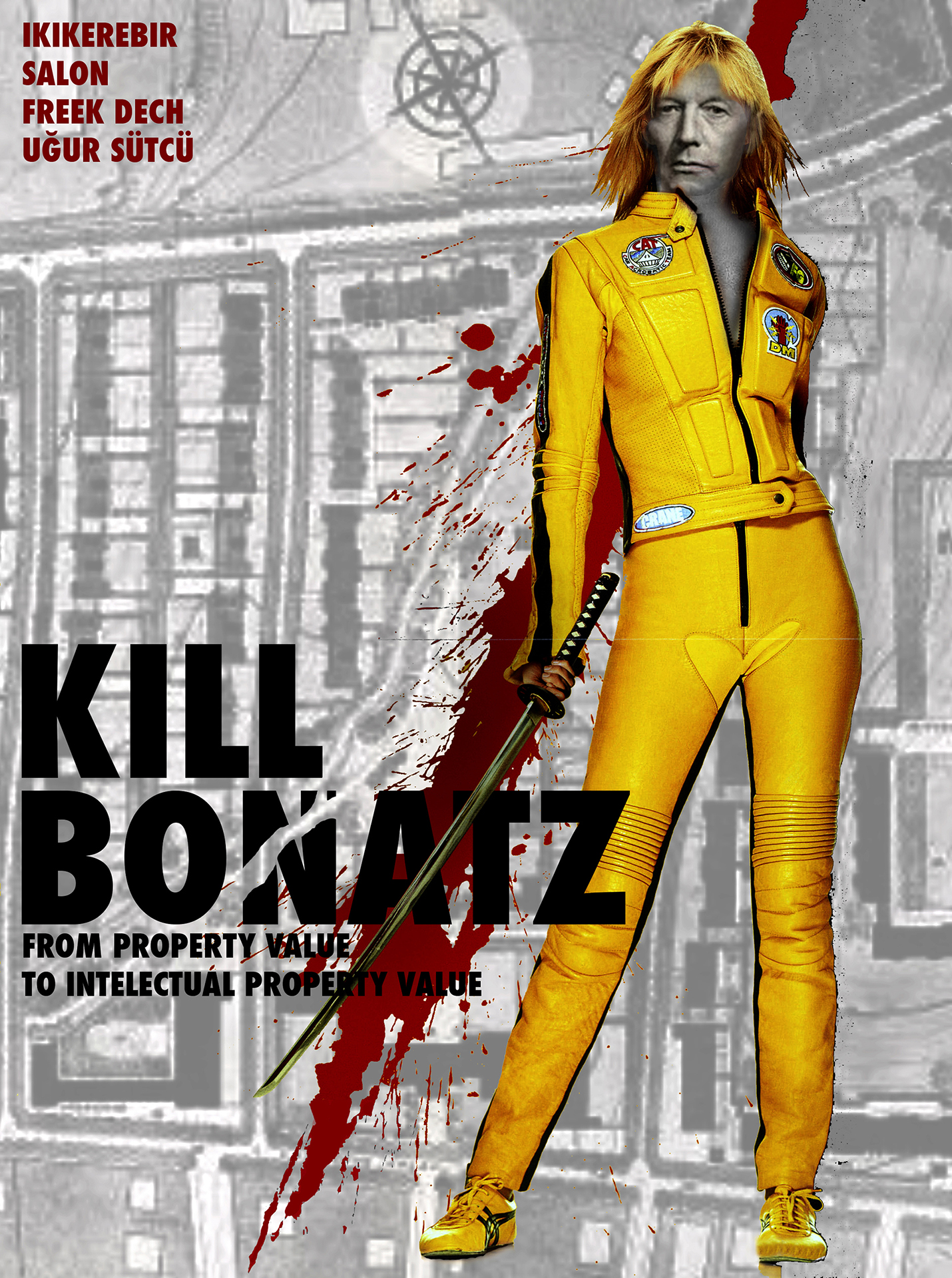 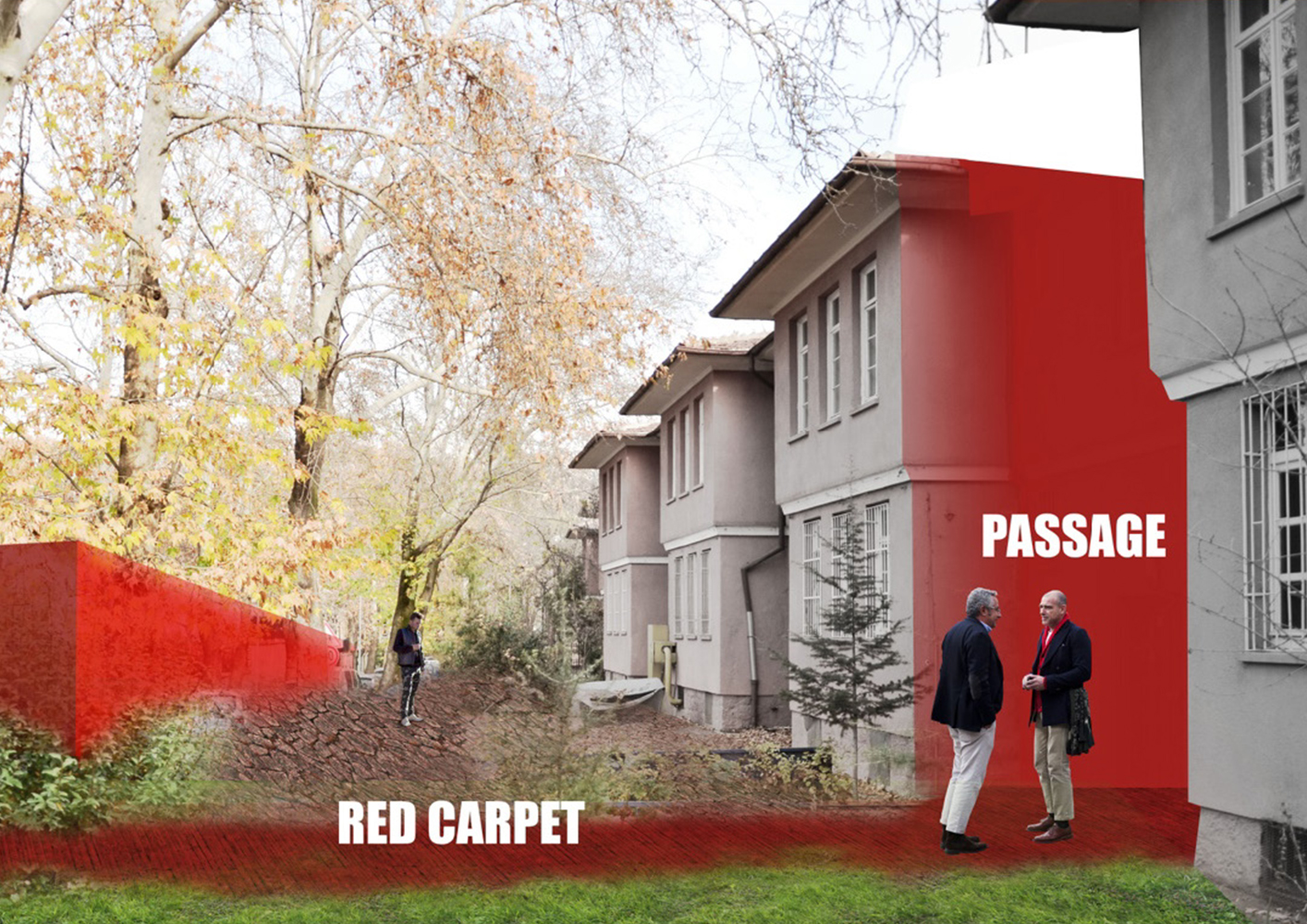 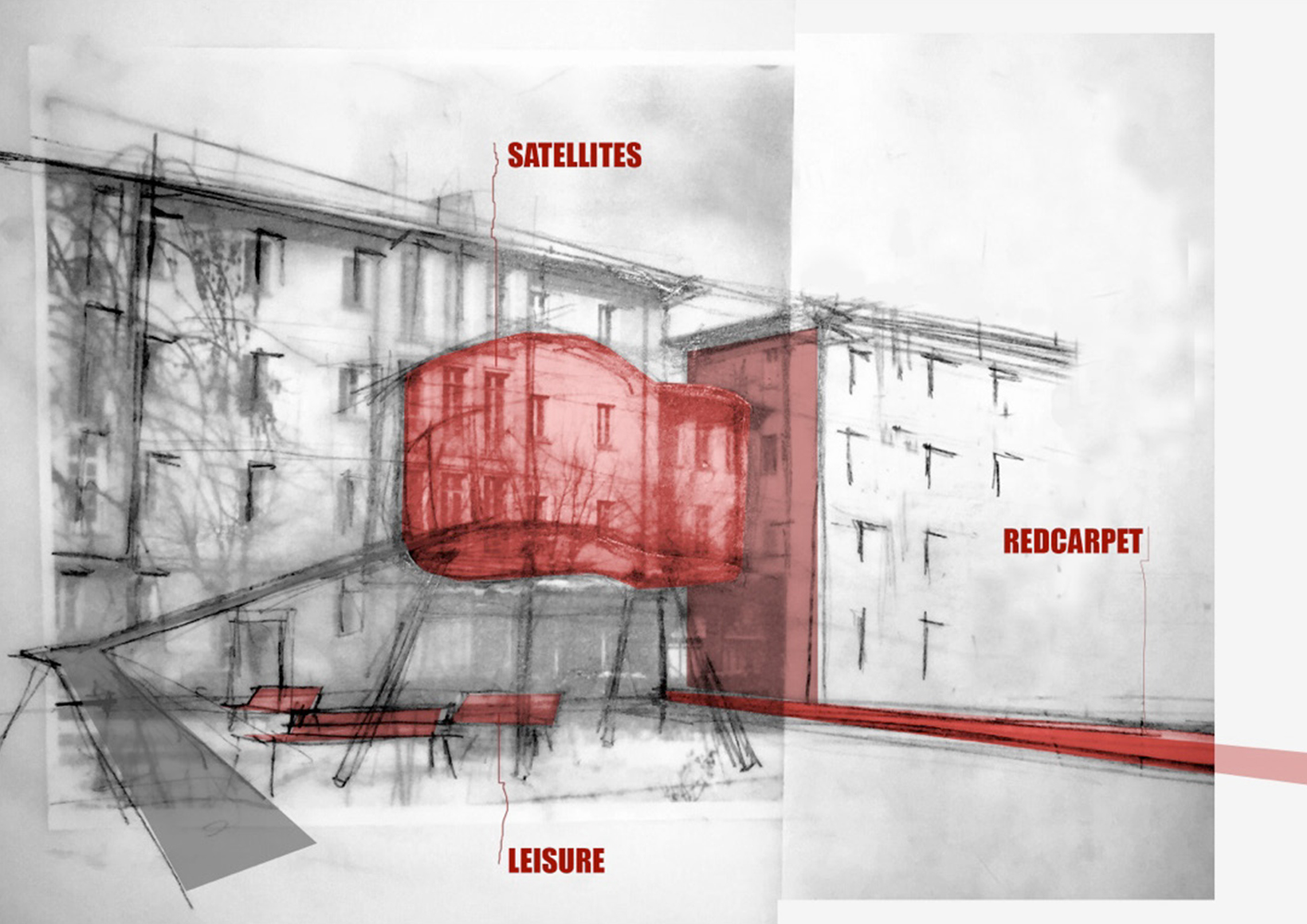 Kill your darlings save saraÃ§oglu

"Kill your Darling Save SaraçoÄlu" is a project designed as a part of the international workshop De Olifantenkooi / Fil Kafesi: New investment strategies for public space. The subject of this workshop was the SaraçoÄlu neighborhood in Ankara designed in the 40's by the German Architect Paul Bonatz. The project was the first collective housing project of the republic of Turkey and was designed with the ideas of a "garden city". During the workshop this neighborhood was a neglected spot in the city owned by the government. All the former residents (mostly bureaucrats and soldiers) were removed from the houses. With the valueable prices of the plot in the centre of Ankara in mind, the government left this piece of republican history to dissolve in the sands of time. Why keep this neighborhood as it is if you can also replace it with projects with much higher density and financial value?

Also read my report of the workshop here 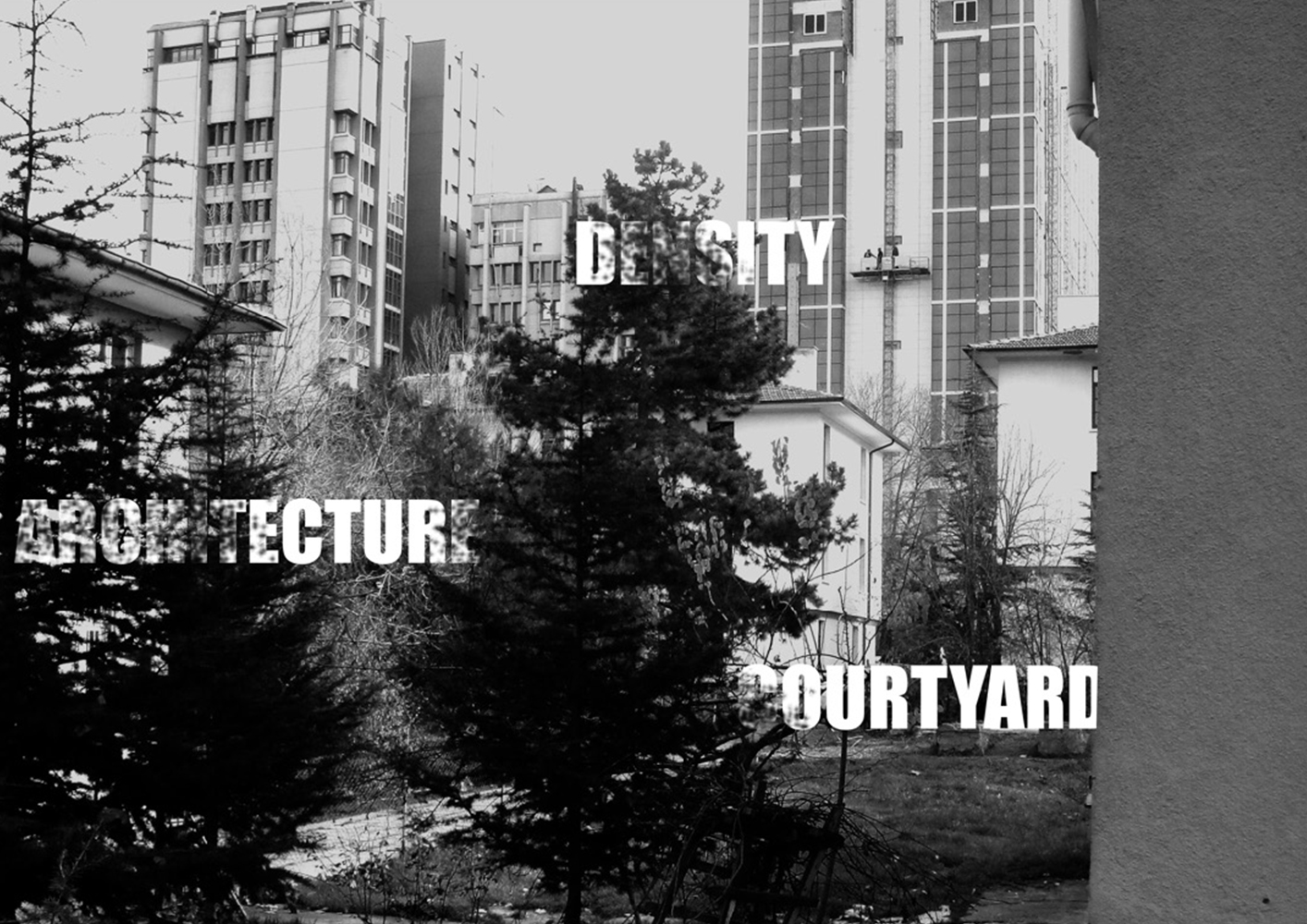 Kill your darlings save saraÃ§oglu

The location of Saraçoglu in Ankara is a very peculiar one. It is a wide area that provides for an alternative for the loud and crowded city centre of Ankara. The low density in this area in combination with the unique architacture for the place and the greenery provided by the large courtyards create a certain serenity inside the city. In the city center of Ankara, the visitor finds her-/himselve on a wide-open space encapsulated by highrise architectural objects and on the ground level dominated by motorized vehicles. From there on it is an adventure to manoeuver yourselve by foot towards the SaraçoÄlu project, the main object of interest in this project. The cacophony of the city and the unexpected attacks of the 'dolmuÅ' - share taxis that run set routes - from all directions are quite overwhelming. However passing trough a wall of high-rise buildings, the loudness of the city decreased to an almost silence in the surprisingly green SaraçoÄlu district.

The German architect Paul Bonatz designed the SaraçoÄlu housing complex in 1944. It was Turkey’s first public housing development. Designed like a Kleinstadt, SaraçoÄlu featured besides the residences for the workers of the government also a library, a park and other social amenities. The government left the majority of these fine detailed buildings vacant for the past four years. Wandering among the houses and trough the courtyards of the project one could get lost in the mesmerizing potentials of these spaces in the context of a city center. The SaraçoÄlu project miraculously managed to preserve a human scale, which is unique in the area. However the surrounding high-rise was visible in the distance, bulging out over SaraçoÄlu, threatening its very existence.

Our approach to save SaraçoÄlu was by appropriating the SaraçoÄlu project to the residents of the area by emphasizing and enhancing the qualities of the already existing project and focus on the youth wandering around in KÄ±zÄ±lay after school hours. Using the element of fun, we wanted to create a center for intellectual exchange between the university and the youth. It could become a place where students of the eighteen universities in the city can gather together and expose their accomplishments to the youth; where freshly graduated students can have a place to start up their new businesses; a place where people can just be in an intellectual environment and appropriate the space of SaraçoÄlu.

The main architectural intervention was to open up the project with its valuable green courtyards from KÄ±zÄ±lay in a direction towards the northwest. This intervention - a superimposed, straight, red cut - creates three extra qualities in the area.

On the first place it creates a pedestrian route through its courtyards opening up the project and activating the whole. This would make the area inviting for residents.

Besides the pedestrian route this cut connects several green zones, boosting the quality of nature in a dense city like Ankara.

Last but not least the superimposed cut turns the affected architectural objects, which by default have an exclusively private character, into public objects by literally dissecting them. With this cut we want to give the area another meaning and express the qualities that are already present at the site: the architecture, the courtyards and the human scale. Besides this cut there were also contrasting pavilions scattered all over the project activating the different courtyards with several public functions

Our stance in the case of SaraçoÄlu is that the project should not be seen as a holy untouchable creature. The focus should be mainly on the unique spaces in the context of the city centre of Ankara, rather than the existing structures. We intervened in a very small part of the SaraçoÄlu complex to emphasize and to boost the quality of the whole area by preserving the scale, enhancing the courtyards and strengthening the characteristics of the architecture.