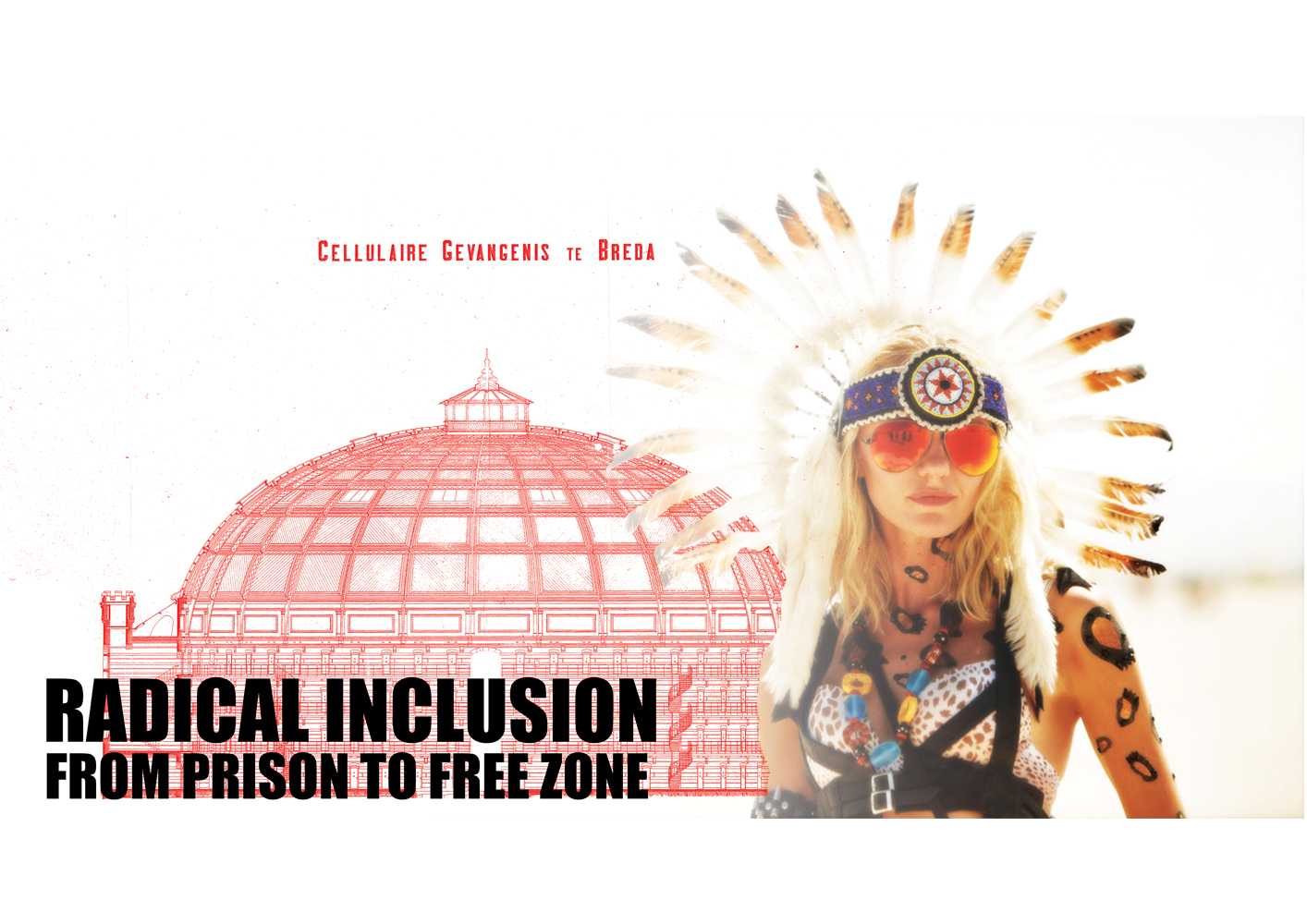 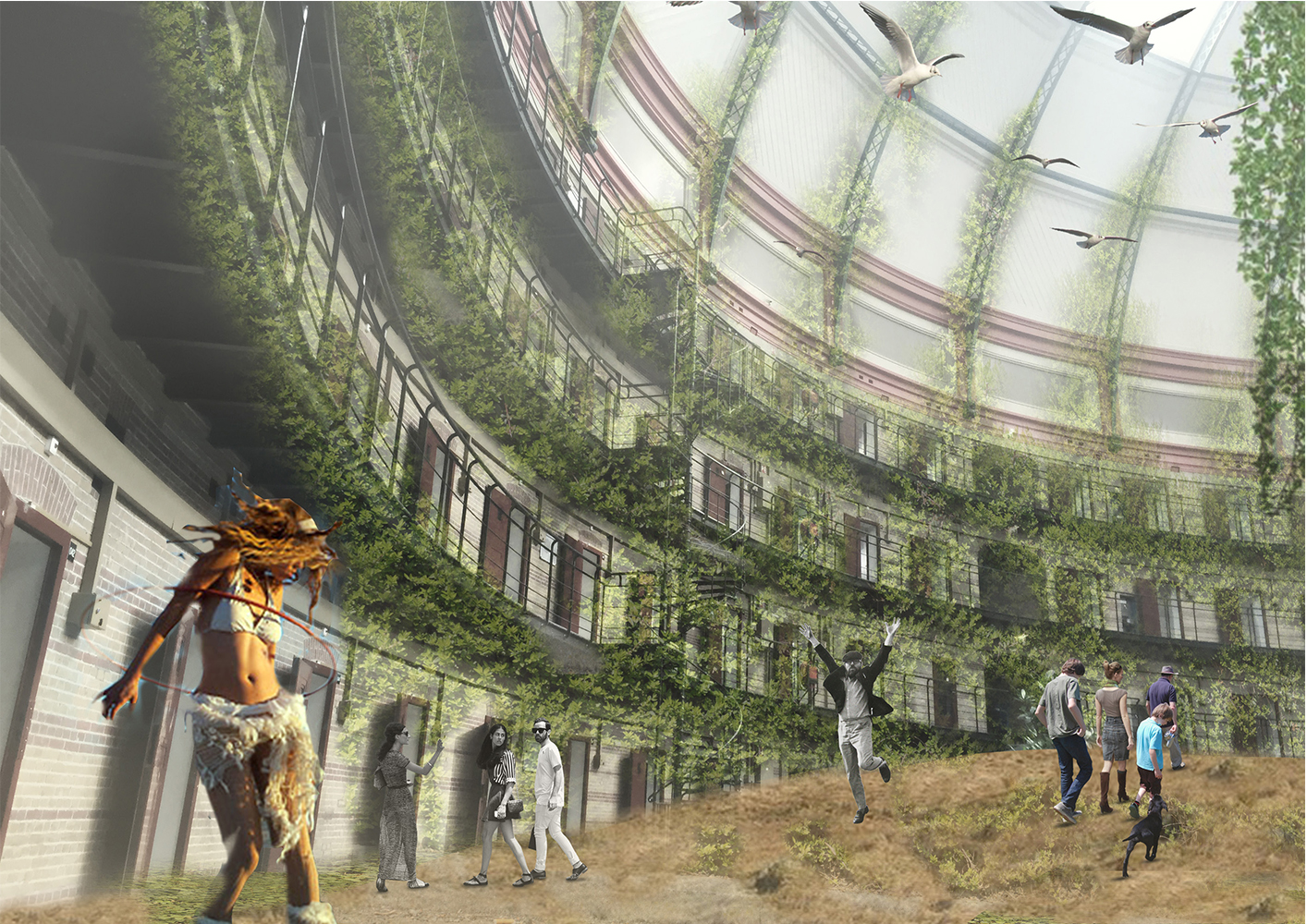 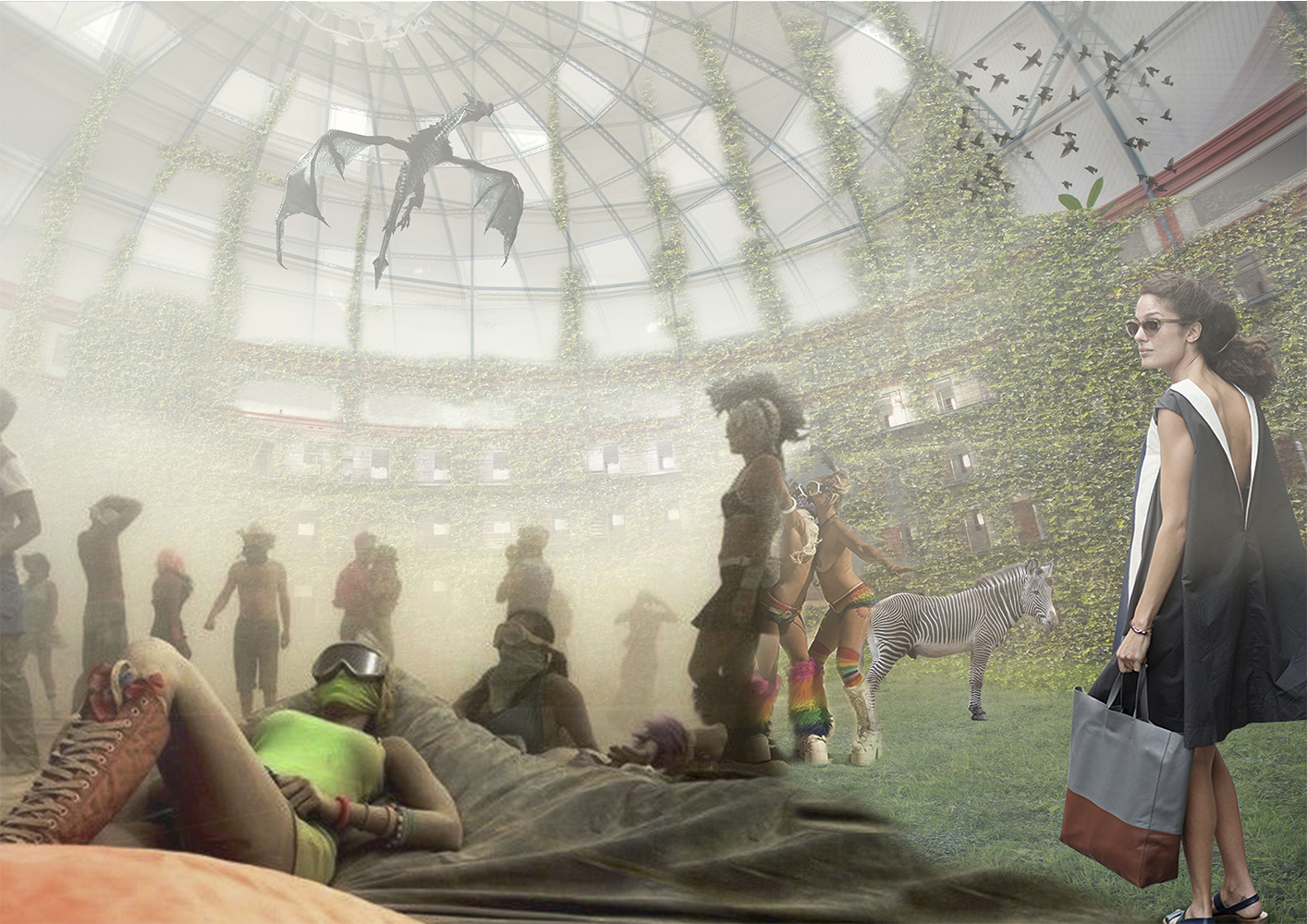 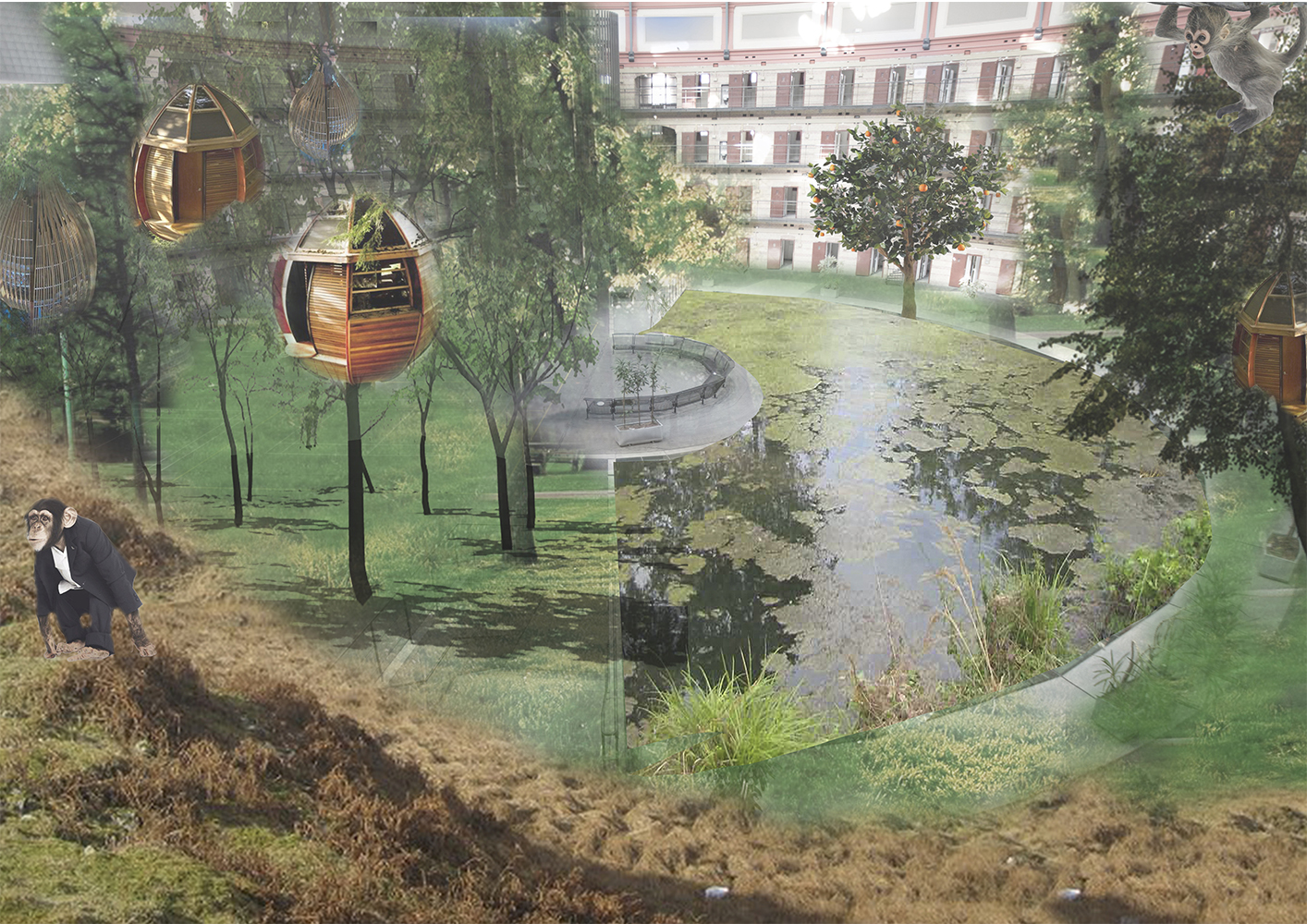 From Prison to Free Zone

Radical Inclusion from Prison to Free Zone is a project that was designed during the Fil Kafesi workshop organized by Architectuur Lokaal. The project came into existence when the government planned to sell the three panopticons in Arnhem, Breda and Haarlem. The goal was to explore different scenarios of reuse for the characteristic prison in Breda to gain an awareness of possibiliets during the sale. 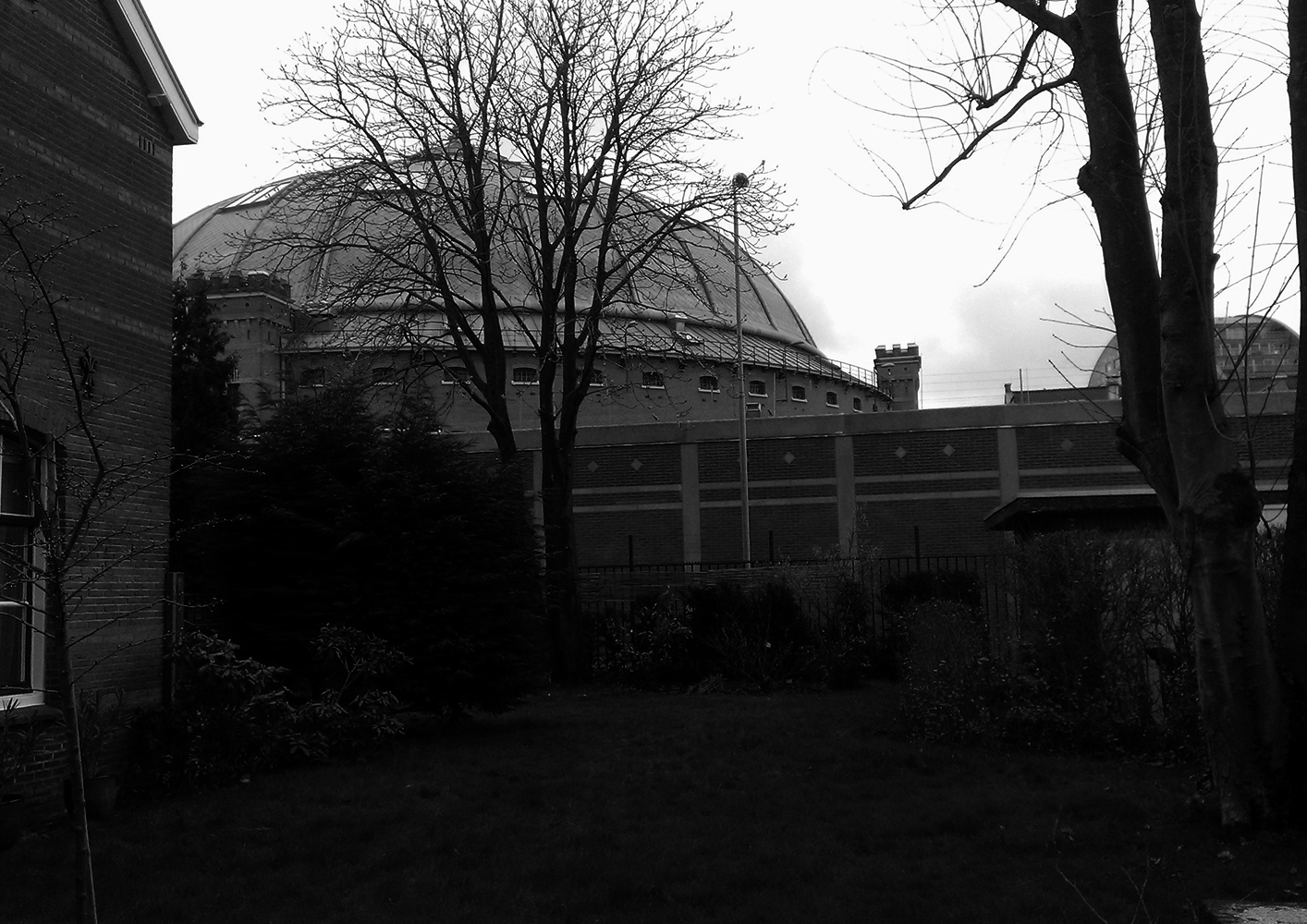 The circular form of the prison and the articulation of the space in the dome makes it a challenge to find a financially viable function for the prison. Besides the dome the ensemble of the prison contains buildings that are not worthwhile. Our stance in this topic is to have no conservation for conservation sake. What was once a space that meant to focibly contain pleople, should be turned into an inviting place for everyone. Aplace that could stimulate and activate the city of Breda. We want to open up the prison for the people and seek value in social (non-monatary) sense.

Our strategy for the panopticon was to explore the possibilities of a gift economy. This means that no money is allowed within the grounds of the prison. With this strategy we aim for trickle-down collateral economic effects for Breda. To assure a certain degree of success rate we want to benchmark the Burning Man economy.

Burning Man is a yearly recurring festival in the Black Rock Desert in Nevada USA. 65,992 people attended the event in 2014. It is a thriving temporary community since 1986. In 2014 nearly 55 million USD was spent in the towns and communities aroud the festival. This means an avarage of around $835 per person. These costs are mainly made for transport to and from and supplies for the event. No money is allowed at the actual event. The economy during the event is based on the act of gifting. This means that one can give something (like a banana) to another without expecting anything of financial value in return. Being included in the community by this gesture, the receiving party mostly gives something (non-monetary) in return to the community. This eventually causes for a selfsustaining system.

Regulation of the community

To regulate the community there are 10 simple rules to follow for the new system to work. These are also the rules of the burning man festival and are based on a hormonious co-existance of humans amongst each other and the nature.

10 Simple rules to regulte the community:

2. Gifting: do not contemplate a return or exchange of equal value

3. Leaving No Trace: clean up and strive to leave a place in a better state the you found it

5. Radical Self-reliance: individuals discover, exercise and rely on his or her inner resources

6. Radical Self-expression: the giver should respect the rights and liberties of the recipient

10. Immediacy: no idea can substitute for experience

To liberate the prison and to manifest this idea of a gift economy into the reality of the prison we wanted to open up the object that intrisically had the goal to seperate people from society. For this to happen we wanted to tear down the non-relevant buildings and the walls marking the prison.

The ground zero for the free zone would be the dome. This articulated space is the exchange area of the gift economy. The only thing that you have to do if you want to have a cell to work/stay inwas to contribute to the community. This would also include maintinging the buildings when it is required. To have a better infrastructure between the cells we want to intrduce an organic ramping system within the dome. One can also make use of small cubicles in the centre of the panopticon that makes use of the enormous space underneath the dome.

We want to preserve the gate to the dome as a symbolic entrance to the universe of the gift economy. Here you can leave all your unnecessary belongings (like your money) behind in a locker. To produce the products that you can exchange inside the dome we want to give the dome some space around.

To make it a fruitful composition, we want to intruduce nature with a sloping landscape around the dome. In this topography with hills and valleys people can grow their own products that they can use or exchange withing the grounds of the current prison or organise their own events. Take for example the cannabis hill,  the dance valley or the hill of the sandwiches.

By removing the borders of the prison we see the social value introduced in this project exercise positive financial effects on the city of Breda. An event like this has the potential to put New Breda on the map as an (radically) inclusive city and draw people for the existence and events of the former prison. This can intruduce new business for the surrouding shops, hotels, restaurants and other companies in town. Besides this economical effect, the newly introduced nature and the use of the land can introcue a network of greenery inside the city making Breda an idyllic green city. Our proposition is to realize this project by buying the prison for a symbolic value of €1.00 and building up the community to create and maintain the system.